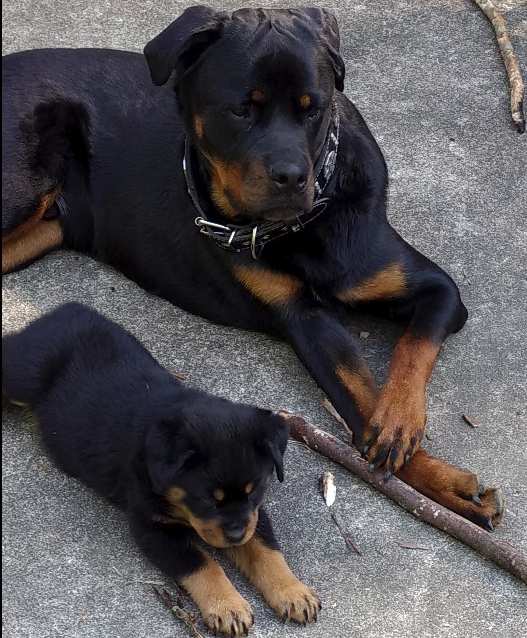 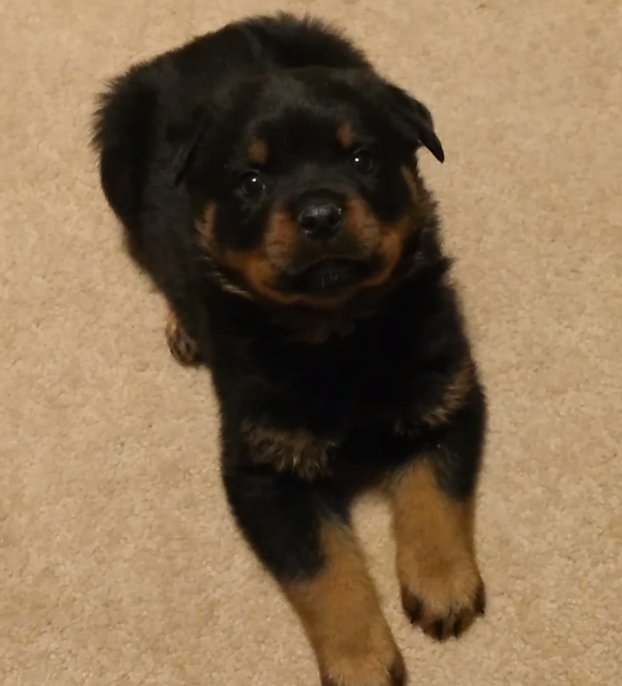 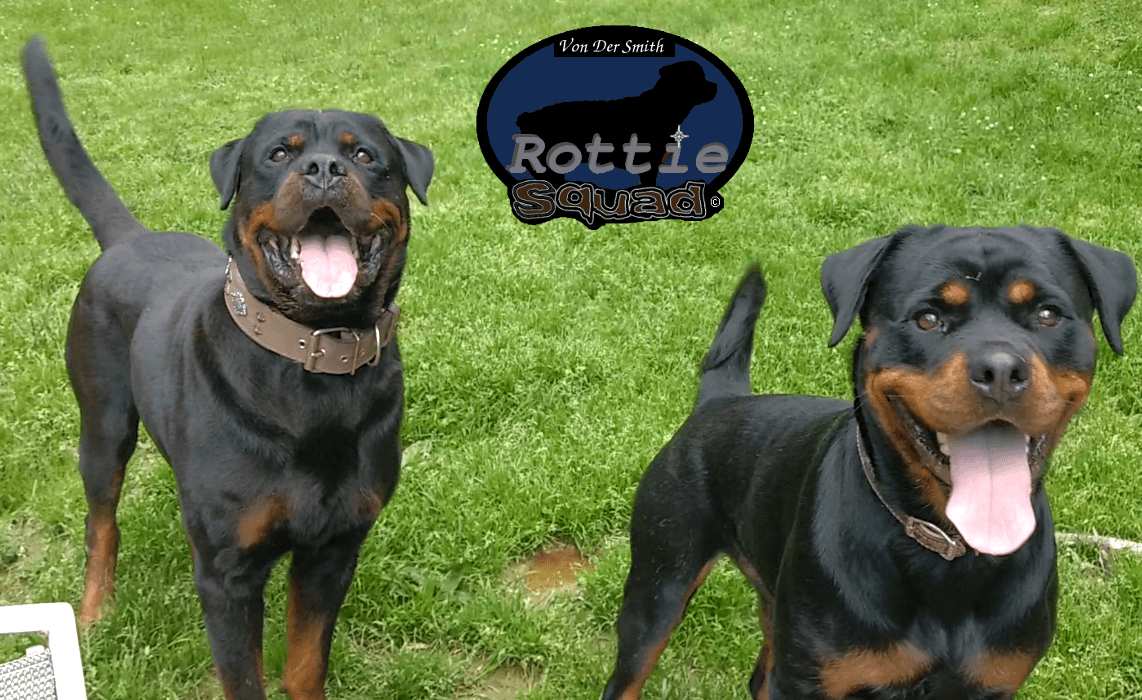 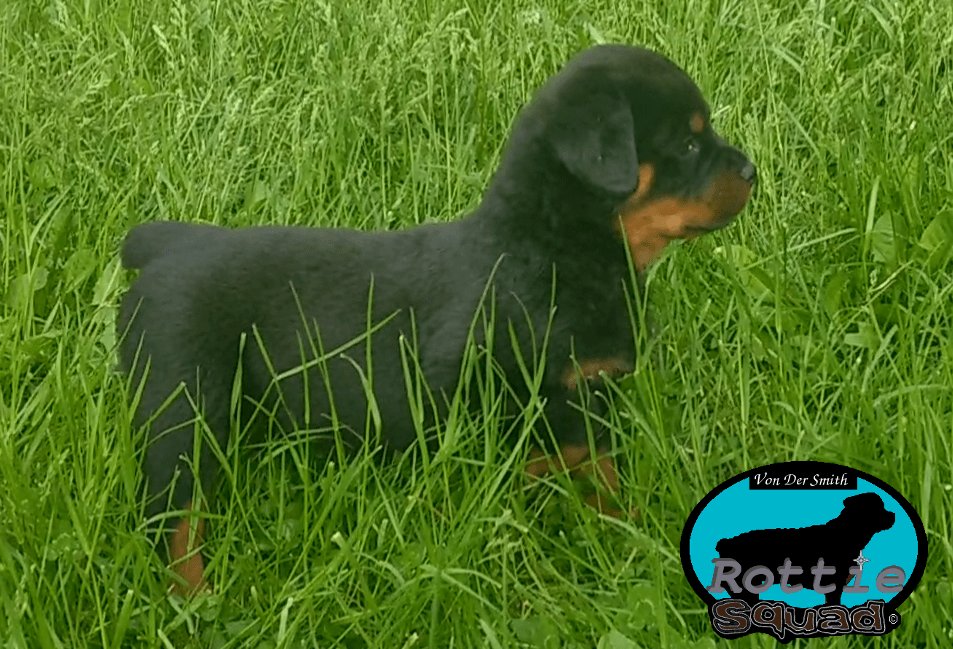 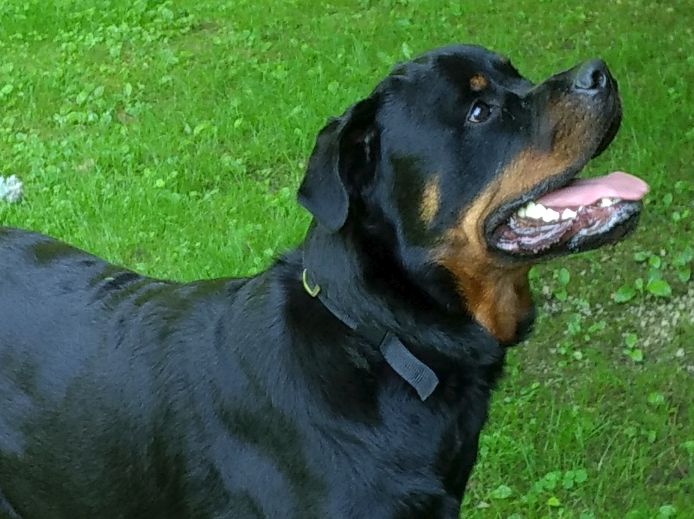 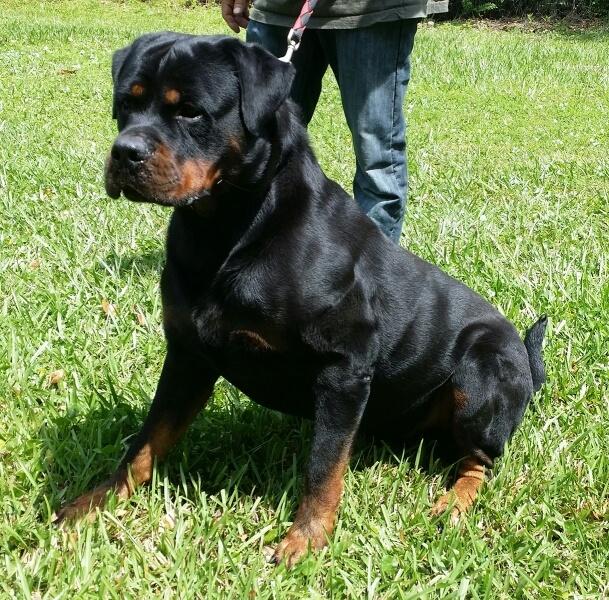 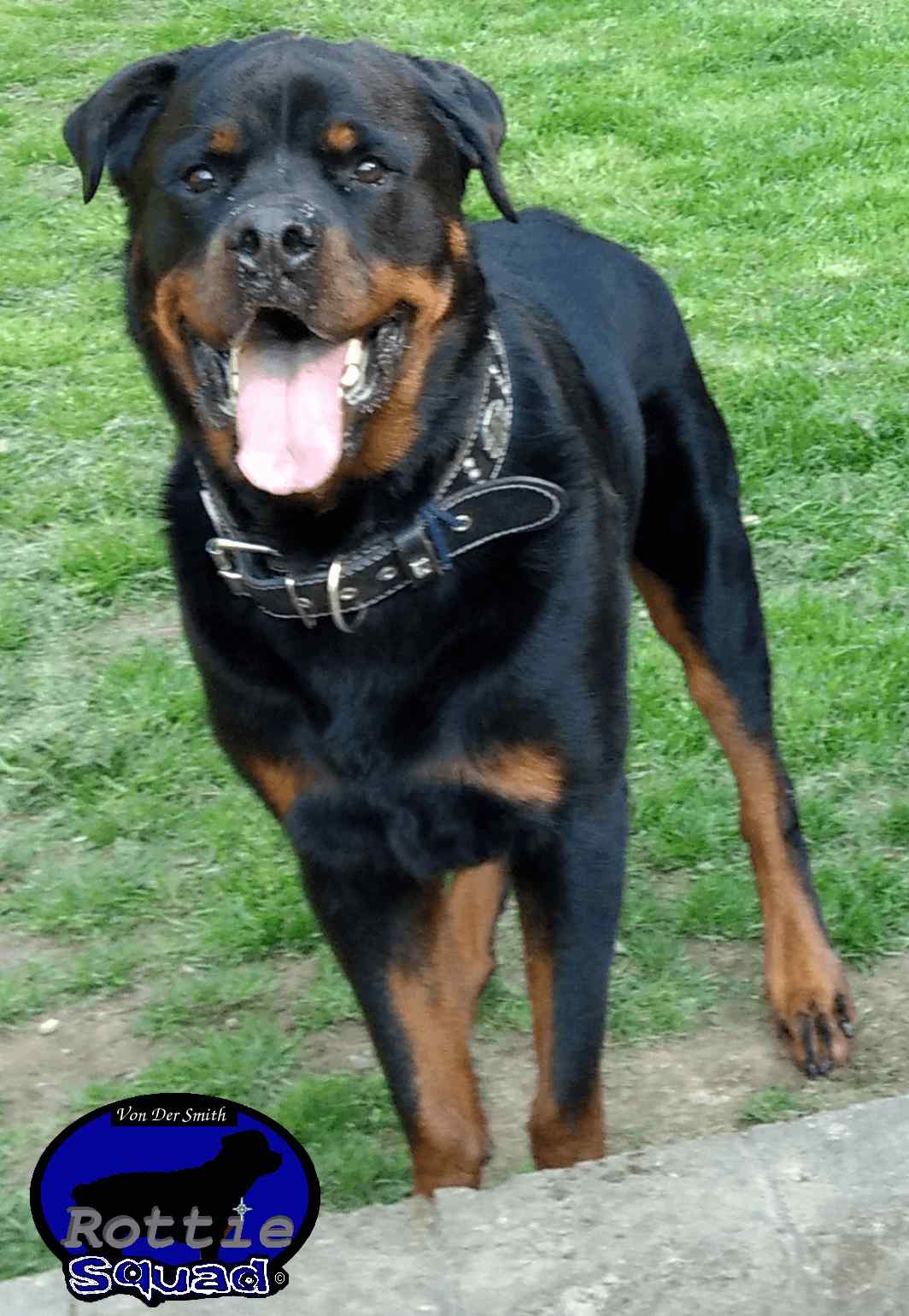 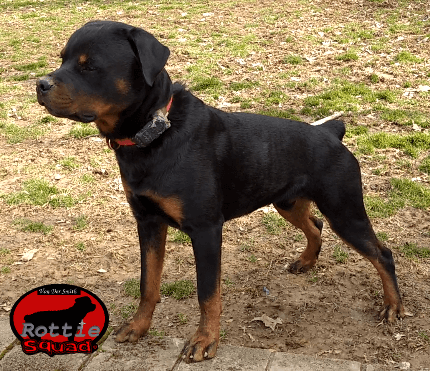 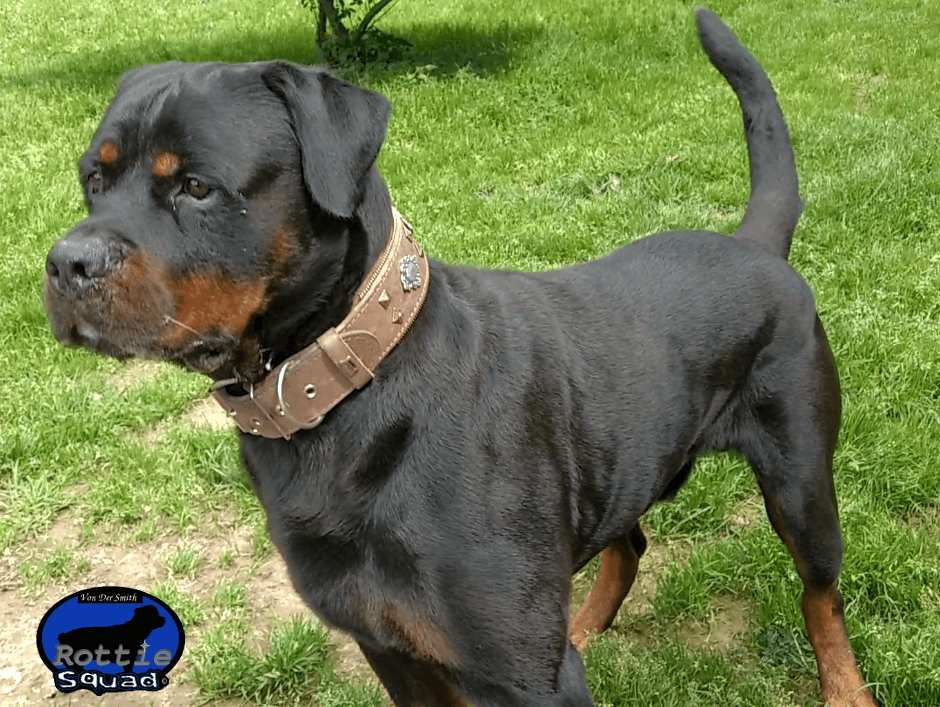 The Rottweiler is one of the oldest of herding breeds. One author supposes that it has a history possibly dating back to the Roman Empire, the Rottweiler may be a descendant of ancient Roman drover dogs; a mastiff-type dog that was a dependable, rugged dog with great intelligence and guarding instincts. During their quest to conquer Europe, the Roman legions traveled in large numbers across the continent. The lack of refrigeration meant soldiers brought herds of cattle for food. Drover dogs kept the herd together and guarded it at night. Around A.D. 74 the Roman army traveled across the Alps and into what is now southern Germany. For the next two centuries the Roman drover dogs were continually used in herding and driving cattle for trade even after the Romans were driven out of the area by the Swabians.

The dog breed was subsequently named after Rottweil, a town in the region. It became an important trade center and the descendants of the Roman cattle dogs proved their worth by driving the cattle to market and protecting the cattle from robbers and wild animals. The dogs are said to have been used by traveling butchers at markets during the Middle Ages to guard money pouches tied around their necks. The dogs were eventually known as Rottweiler Metzgerhunds, or "Butchers' Dogs". As railroads became the primary method for moving stock to market, the demand for the Rottweiler breed declined, as did their numbers, so severely diminished by 1882 that a show in Heilbronned, featured only one very poor representative of the breed.

The buildup to World War 1 saw a great demand for police dogs, which led to a revival of interest in the Rottweiler. During the First and Second World Wars, Rottweilers saw service in various roles, including as messenger, ambulance, draught, and guard dogs.

The various German Rottweiler Clubs amalgamated to form the Allgemeiner Deutscher Rottweiler Klub (ADRK, General German Rottweiler Club) in 1921. This was officially recorded in the register of clubs and associations at the district court of Stuttgart on 27 January 1924. The ADRK is recognised worldwide as the home club of the Rottweiler. 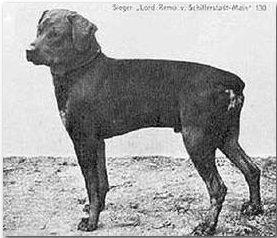 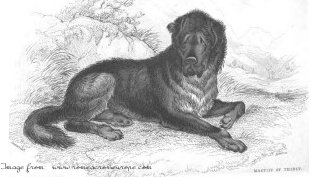 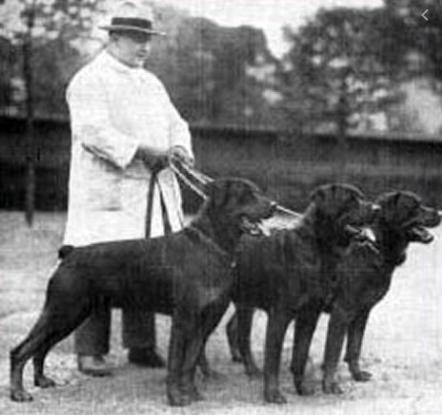 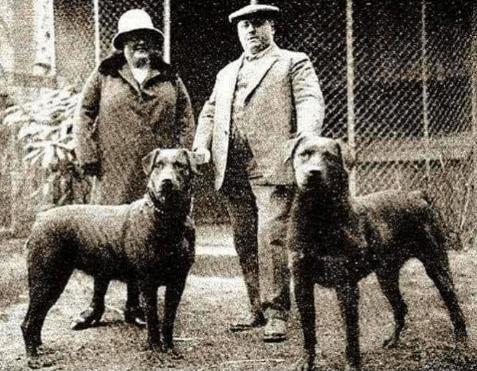 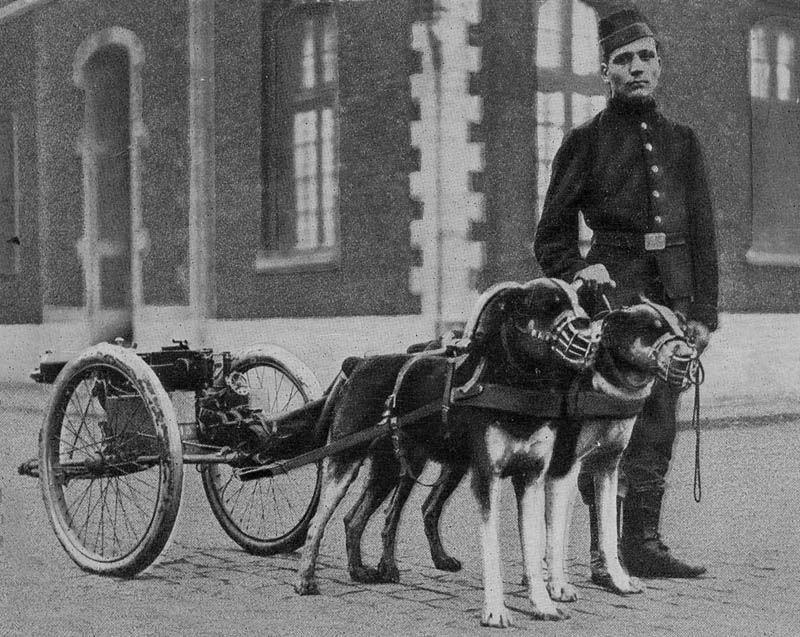 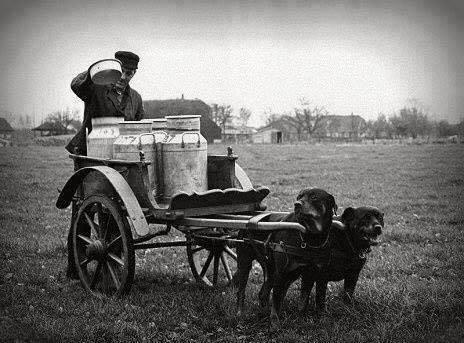 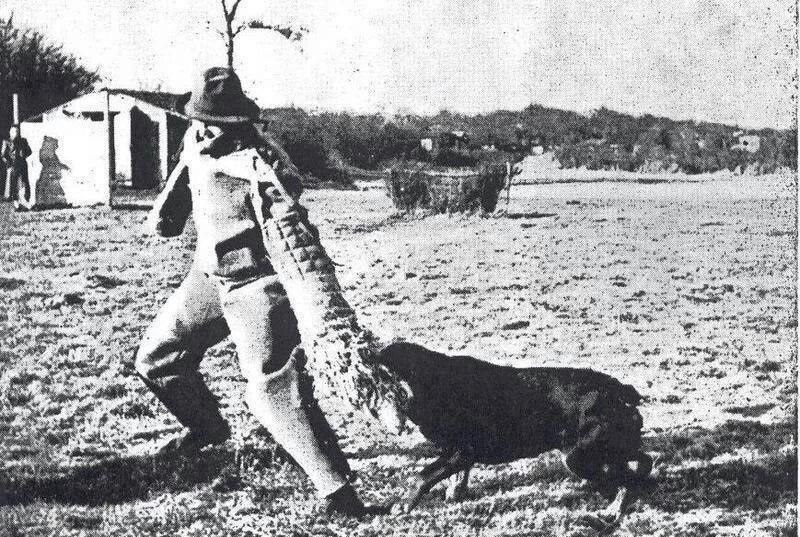 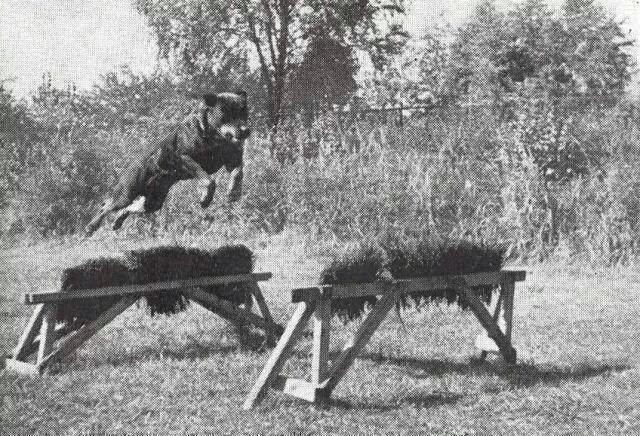 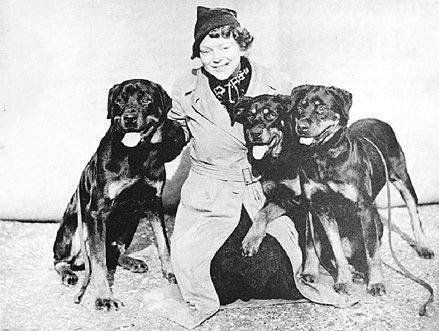 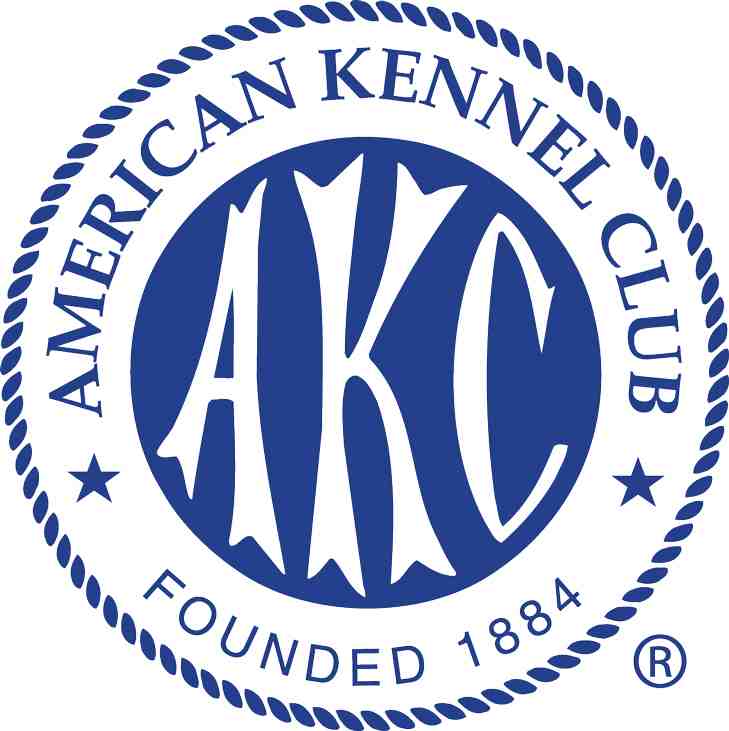 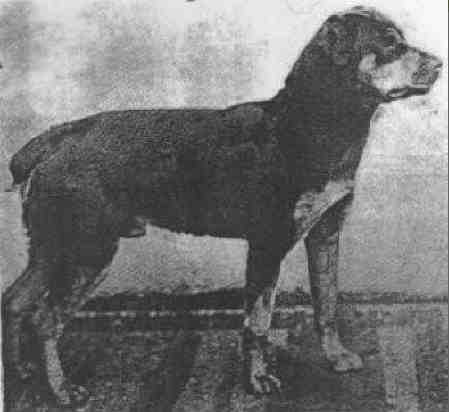